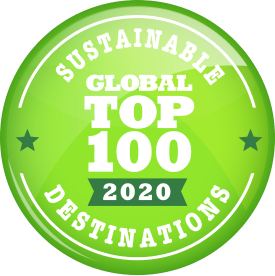 Welcome to Hiiumaa! Terit Teitele! With over 300 kilometres of winding coastline and nearly 200 small islands, fill your lungs with the clean sea air of Hiiumaa and start exploring! Untouched deserted beaches, moss and resin-scented forest roads, rich berry and mushroom forests and well-maintained campsites – Hiiumaa has 324 kilometres of perfectly marked hiking trails. Beautiful harbours await sailors and well-kept beaches for bathers. In Hiiu’s restaurants and eateries you’ll find tempting local delicacies, and on the rich fishing waters you can go fishing or buy fresh fish directly from the fishermen. Adventures can be found on land or at sea, and you can choose from a quiet campsite or a million-view cottage, or even telecommuting. Hiiumaa, Scandinavian for Dagö or päevasaar, is Estonia’s second largest island, while Hiiu maakond is Estonia’s smallest county. The island has one municipality, Hiiumaa municipality, which is divided into 5 sub-municipalities. Hiiumaa has 1 town, 2 villages and 182 hamlets. In many place names you can still sense Swedish influences. The population of the island is about 9 400, and in summer it is at least halved thanks to the summer residents. The history of Hiiumaa dates back to 455 million years ago, when a meteorite explosion near the present town of Kärdla created a ring-shaped island about 10 kilometres in diameter. These were the first islands on the present site of Hiiumaa, which can be considered one of the oldest islands in the world. The island’s centre and only town is Kärdla, sometimes affectionately called the capital. As early as the 14th century, there was a small Swedish village there. The town later developed into an industrial centre, and today it has become a beautiful seaside garden town with a spacious village harbour and beach promenade.